Challenging the city scale, interdisciplinary exchange platform Human Cities is a concept created in 2006 by the Belgian association Pro Materia and co-funded from 2014-2018 by the Creative Europe Programme of The European Union. 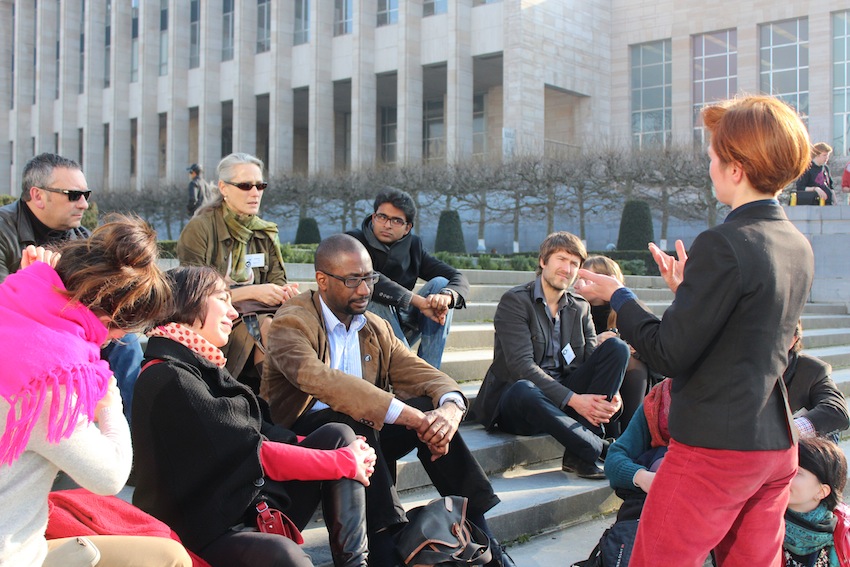 Based on the encouraging results of a first international colloquium in Brussels in 2007, Lise Coirier and Chantal Vanoeteren brought their experiences together in order to launch “Human Cities”, a European cooperation project supported by the Culture programme 2007-2013 of the European Commission.

In 2008, the Human Cities network gathered Pro Materia (BE), the Faculté d’Architecture La Cambre Horta de l’ULB (BE), the Politecnico in Milan (IT), the Institute for Urban Planning in Ljubljana (SLO) and the Lighthouse in Glasgow (UK) which is replaced since 2010 by the Cité du Design in Saint-Etienne (FR). They all work together in order to highlight and tackle the uses and attitudes of people in urban public space. They question the socio-cultural issues of urban design ranging from public spaces to urban furniture and objects in European cities today. This collaboration within the Human Cities network resulted in two successful festivals in Brussels: Human Cities Festival 2010 Celebrating Public Space & Human Cities Festival 2012 Reclaiming Public Space. And one festival took place in the growing megalopolis Instanbul; Human Cities Brussels Istanbul

Led by Cité du Design de Saint-Etienne [FR], the 12 partners of Human Cities Network share their knowledge, competencies and know-how with a common aim to innovate with people in the urban space using design as a creative and sustainable tool.

In September 2018, all the European partners of Human Cities_Challenging the City Scale were invited to present the project in a conference and exhibition Human City Design co-curated by the Cité du design Saint-Etienne,

As cities organizations are facing major urban and technological transformations, European citizens are taking possession of their cities, collaborating or acting for its renewal. Which kind of tools are set up to think and produce the public space together?

Since 2014, the Human Cities network has been working on Challenging the City Scale to question the urban scale and investigate cocreation in cities. The Human Cities partners have carried out urban experimentations in 11 European cities empowering citizens to rethink the spaces in which they live,